No products in the cart.

begins about 30 years ago in Gamberale, a small town in Abruzzo with a population of little over 300, immersed in the fascinating and pristine territory of the National Park of the Majella. A generous land, always rich in truffles, which the people of the town, at that time, didn’t even know existed. Giuseppe, the founder of M.G. Tartufo, who was then just over 12 years old, loved to venture into the surrounding countryside, where there were more people than in the town.

Here, in Gamberale, during certain times of the year, the paths and fields were full of hunters, mushroom hunters, and farmers. One day, sitting on a rock, he saw an elderly man who was digging in the dirt with his dog. He was amazed when he saw the man pull out a “black potato” and clutching it in his hands, happily thanked his little dog. Intrigued by what he saw, he gathered his courage and approached the man to ask him what those strange “black potatoes” were. The old man, whose eyes were tender, energetic and curious, replied: “my boy, it’s a truffle!”. Giuseppe, took the truffle into his hands, looked and smelled it. He was inexplicably fascinated by it. He went home with those images in his head, full of unanswered questions. He had discovered something new but could not understand its importance yet.

Many other meetings followed, accompanied by long chats that stimulated even more his interest in that “new world”. And so one day, the elderly truffle hunter, amazed by Giuseppe’s insistence and desire to learn, decided to give him a dog, with the promise that they would train it together. This generous man did not know at that moment that he was putting much more than just a simple gift in the hands of a young boy: he was feeding a passion, teaching a trade and giving the boy a future. Since then, his love for nature, dogs and truffles have been growing. Giuseppe had learned firsthand, the scent of the woods, the smell of the freshly picked truffle, the cold, the fatigue, the sacrifices and the great joys that this trade offered.
Many years have passed, and that boy has become a man; those first hand emotions guide him daily in what has become his job. Those experiences have made him a truffle expert, even before becoming an entrepreneur.

M.G. TARTUFO, based in Gamberale, a small Abruzzo town surrounded by greenery, specializes in the collection, processing and selling of fresh and preserved truffles. Thanks to the passion and persistence of its founder, Giuseppe Varrati, and his valued co-workers, the company has achieved many important goals over the years.
Over time, in order to offer customers a wide range of preserved products suitable for every palate, the processing of raw materials has been added to the sale of fresh truffles. This results from a careful choice of ingredients, always fresh, and from the utmost precision in each phase of production.

Fresh truffles are available for selling, depending on the type, during different times of the year. During the ripening periods, hundreds of truffle hunters collect the truffles and deliver them daily to the company, where they are carefully sorted. Fresh truffles reach their destination in very little time, keeping intact all the characteristics that make them special.

Over the years, thanks to the strong passion for truffles, the dedication to its work and the constant research for high quality standards, the company has developed and consolidated by passing quickly from domestic to international markets. To date, about 90% of production is exported to different parts of the world. 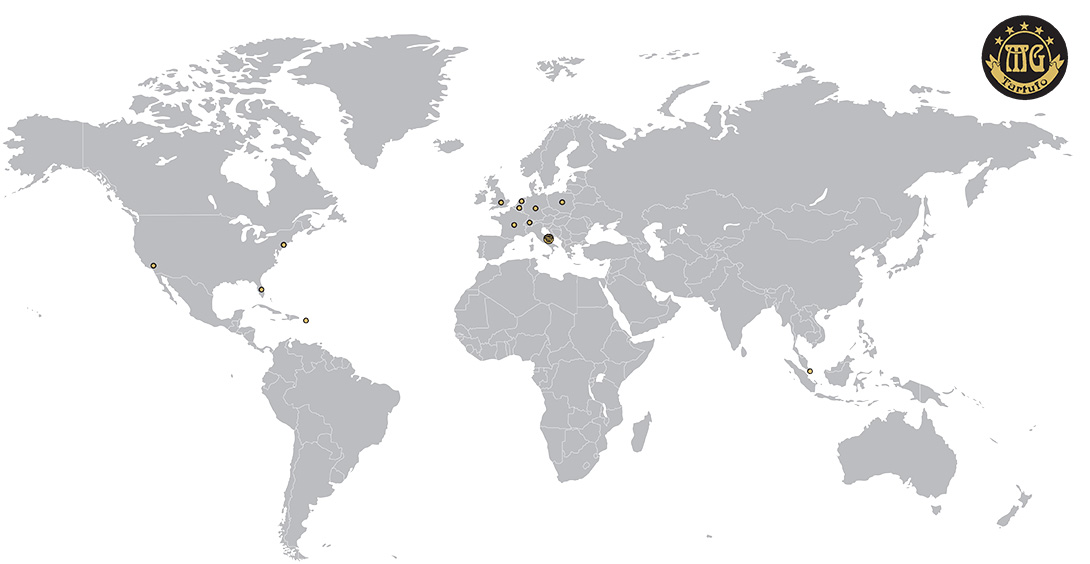